Hands down, the most feared disease in my patients, is dementia. And I understand. Dementia (the most common form being Alzheimer’s disease) is a fate that can be worse than death. Dementia not only takes away your quality of life and independence, but it also takes away who you are.

And even worse, puts a tremendous burden on your loved ones. Nobody wants to get dementia, but unfortunately, the number of people with dementia is skyrocketing. Dementia is up 88% in recent decades and is predicted to triple in the future!

A lot of people presume that getting dementia is something we don’t have control over – some combination of genetics and bad luck – and the only thing we can do is hope and pray it won’t be us – or our loved ones.

But this is not true. You have a lot more control over your risk of developing dementia than you likely realize, but first, let’s talk about the things you don’t have control over.

The Genetics of Dementia

The most discussed and tested for genetic factor for dementia is the ApoE gene, although there are many other genes associated with dementia.

If you have an ApoE4 gene, it’s important for you to know that most people with ApoE4 do NOT develop dementia – and that having ApoE4 does not mean your fate is decided, but it does mean optimizing your prevention strategy for dementia is even more important for you.

How to prevent dementia

Research(opens in a new tab) has shown that over 40% of dementia can be prevented, but I believe we can lower the risk even further.

Just 7 simple things have been shown to lower the risk of dementia by over 40%. These seven things are:

These seven things are called Life’s Simple 7 – but there are additional research proven factors in preventing dementia that are included in our Healthspan-10™.

Lastly, Healthspan-10™ expands “not smoking” to include other toxins such as, excess alcohol, other recreational drugs, pollution, and for some, social media, the news, and streaming media.

If you’re concerned about your risk for dementia – maybe you’ve seen the devastating effects of dementia in someone close to you, or you’ve had genetic testing that indicates a higher risk, then you now have a ten part framework to fairly dramatically lower your risk for future dementia. And if you’d like expert guidance on WHAT you need to do and HOW to lower your risk of dementia, that’s what we specialize in at HealthspanMD™. Schedule your appointment today. 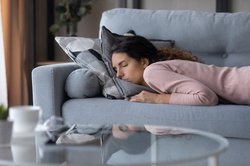 Is Your Metabolism Working Against You? How to Tell if Your Sleep Habits Are Killing You

Thank you for subscribing!

You will receive important news and updates from our practice directly to your inbox.